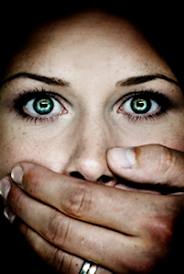 A scene from Chapter 23

I rolled over and looked at the clock on the table next to my bed. It was a little past midnight.

Getting up, I walked over and closed the sliding doors to the balcony. The noises continued. It sounded like someone was shuffling about in the living room. It couldn’t have been Aunt Bev, because she and David were attending some live musical show in Foxwoods and would probably stay overnight at the resort.

I hauled on a long t-shirt and tip-toed to my room door, opening it slowly. Stepping into the passage, I took my time sneaking towards the living room.

As I got to the arched doorway, I picked up a fire poker from the corner, scanning the dark living room to locate where the sound was coming from. Years of living in the city had taught me that a girl must always be prepared, no matter where she was.

Gripping my fingers tightly around the metal, I straightened as I heard the shuffling again. Startled, my eyes peered open. I looked around to the right side of the room and saw that it was the curtain blowing up and pulling on one of Aunt Bev’s artwork.

A sea of relief washed over me. I let out a giggle, feeling silly for being so scared. Then I walked over and closed the window. When I turned to head back to my room, a dark figure sprang out of the shadows and grabbed me, pushing me backwards against the wall.

He covered my mouth with one hand, muffling my screams, and restrained me with the other. He was impeccably strong.

I squirmed as he pressed his body against mine. He tilted his head and lowered his nose to my neck as if inhaling my scent. That only intensified my struggle to break free. If I didn’t, this monster was possibly going to rape me.

Just as his legs spread apart and he pushed harder, I managed to quickly lift a leg and knee him hard in the groin. His grip loosened and he bent over and grabbed himself in agony. Then I clasped my fists together and hammered him in the back. He dropped to the floor. I hurdled over his body and ran into the kitchen, pressing on the security alarm by the telephone.

The entire estate lit up as a loud sound echoed all around. I pulled out a knife and stood behind the island, shaking, yet preparing for another attack. He quickly got off the floor and bustled out the front door.

Still trembling in fear, I kept the knife in my hand and waited for the police to show up. I jumped as Mackenzie ran into the guesthouse, a frightened Marlene behind her.

Mackenzie scurried over to me. “What’s going on, Julian?” she asked, slowly taking the knife out of my hand. “What happened?”

When I didn’t answer, she settled the knife down on top of the counter and touched my hand lightly. I flinched and threw my arms around her, hugging her tightly like a terrified child.

She patted my back and whispered, “It’s alright. You’re alright.”